To commemorate the 25thanniversary of death of Severo Ochoa, the high-school I. E. S. Carmen y Severo from Luarca (Ochoa´s birthplace) has been organising several Scientific Outreach events. Severo Ochoa, a Spanish-American Scientist, was awarded in 1959 with the Nobel Prize in Medicine or Physiology for the discovery of an enzyme which enables the synthesis of RNA.

The Crit Lab took this opportunity to run a series of exciting hands-on activities to increase awareness and understanding about biomedical research. The targeted audience were primary school children and their grandparents, and high-school students from Luarca and surroundings. 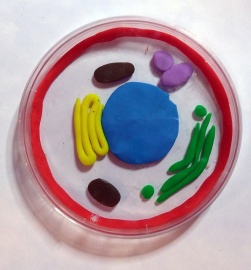 Different fun and vibrant workshops were run during 1-hour sessions. Scientists from the Crit Lab and other colleagues from ISPA were leading the activities in the presence of the corresponding teacher at all times. Each activity began with a brief and dynamic talk which was followed by hands-on work. The main focus was the cell and its structure, giving special emphasis to the DNA and how it is packed to fit inside the nucleus.  The complexity of these activities increased in accordance with the age of the students, and they were as follows:

The workshops were very engaging and reached over 600 students from 6 to 17 years old (and a little bit older…). As Scientists, this experience has been extremely rewarding. The performed tasks were very different to our daily routine. The positive feedback acknowledges our effort in visiting the school and has given us motivation to participate more often in public engagement events!